Pam Anderson has an MFA in creative writing (poetry) from the NE Ohio Master of Fine Arts Program, which also awarded her a Bisbee Fellowship. As a first-generation college student whose paratrooper father served on the European Front during World War II, she was raised on tales about the Battle of the Bulge and the Battle of Normandy, the liberation of Wobbelin Concentration Camp, and challenges veterans faced after the War.

Those stories led her to write “poetry of witness,” as it is described by Poet/Human Rights Advocate Carolyn Forché. Thus, her poems “Pack It: The American Paratrooper Teaches the New Kid to Pack His Parachute” (published in JennyMag.org), “My Brother’s Coat” (winner of the Association of Writers and Writing Programs Intro Journals Project and published in Controlled Burn), “Rise Up: For My Brothers and Sisters of the Resistance” (published in Mason’s Road), “My Brother Describes His Death” (published in The Listening Eye), “Letter to My Dead Father About the Japanese Girl Living in My Home” (winner in the New Words Poetry and the Ohio Professional Writers competitions), and others cast a spotlight on past injustices to help inform existing challenges in our country and around the globe. Most recently, her poetry of witness reflected her husband’s massive heart attack and cardiac arrests and his recovery. 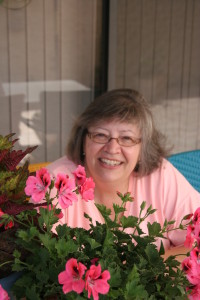 Chris Eirschele is a freelance garden writer with two published books: The Kid-Gardener’s Planting Book for Parents and Garden Truths From My Family’s Stories. Her articles have been published in an array of magazines with titles like Ohio Gardener, BucketTripper.com, Greenhouse Grower, and DecodedPlants.com

Her muse has set up a temporary space in a fictional greenhouse, but stays rooted to Chris’s blog, Stay Gardening.

Chris is a proud native of Wisconsin where she first learned to grow plants and, then, to write about them wherever the garden paths took her. 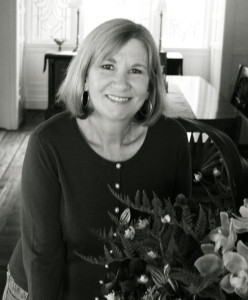 Diane Laney Fitzpatrick is the author of Home Sweet Homes: How Bundt Cakes, Bubble Wrap, and My Accent Helped Me Survive Nine Moves and Great-Grandma Is on Twitter and Other Signs the Rapture Is Near. A former journalist, stay-at-home mom, and self-professed serial mover, she writes the weekly blog Just Humor Me and a blog about moving and relocation, It’s Your Move!

Diane lives in San Francisco, where she enjoys walking the city, with camera in hand. 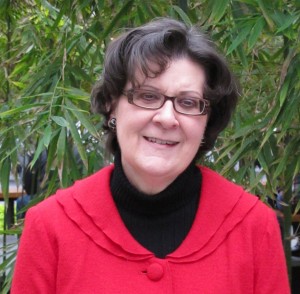 Christine Kastner is a writer and editor, who has worked as a correspondent for The Plain Dealer, The News-Herald and the Sun newspapers.  Prior to that she was the publications editor for Kaiser-Permanente in Cleveland, as well as working in public relations at TRW Inc. and The Arthritis Foundation.

So far, her books include Soldiering On – Finding My Homes: Memoir of an Army Brat, and Looking for the Maneki-Neko Love Hotel.

She’s working on a shorter title for her next book. 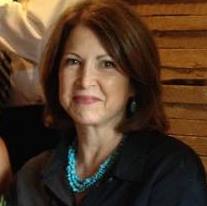 Barbara Leary started out writing and editing for travel magazines and co-authored a travel guide to the Outer Banks of North Carolina before embarking on a 20-plus year career in corporate communications.

After years of writing for others, in other people’s voices, she holds fast to Walter Mitty dreams of making a living writing whatever the hell she wants. A couple of years ago, her short story “At Altitude” was performed on National Public Radio, making her (still) believe that anything is possible.

Stephanie Cassatly earned her MFA in Writing at Vermont College of Fine Arts and her undergraduate degree in Business from Emory University.  She worked for over a decade in advertising in New York before answering the call to write. Her work has appeared in Blended: Writers on the Stepfamily Experience, Fourth Genre, Chicken Soup for the Soul, Harvest Times, Cup of Comfort, The Palm Beach Post and Jupiter Courier Journal.   Her essays have received awards and notable mentions in Writer’s Digest, The Best American Spiritual Writing and New Millennium Writings. Her memoir, Notice of Release, which deals with the murder of her mother in 1980 and the subsequent forgiveness of her killer, is currently being reviewed for publication. She is a contributor and speaker for The Forgiveness Project, a UK based not for profit organization. She teaches writing part-time at Palm Beach Atlantic University, facilitates book clubs, and resides with her husband and two daughters in Jupiter, Florida, on the Loxahatchee River.  Please visit her website at www.stephaneicassatly.com 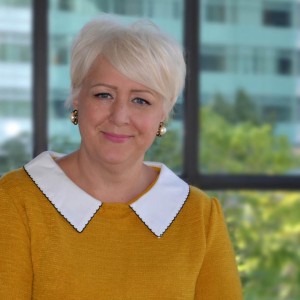 According to the the Kansas State Board of Education, Ursula Adams is a poet laureate – having awarded her high honors for her fifth grade classic, “Why I Love America,” in 1980. When not stunning the masses with her vivid detailing of majestic wheat fields and shining seas, you can find Ursula at www.ursulaadams.com where she writes about the things most women think about, but too many are afraid to say out loud. Her favorite writings focus on self empowerment, body image, martyrdom and poop.

Ursula resides in Detroit with her husband, daughter and a gaggle of pets where she is active in multiple local organizations devoted to the creation of community spaces. Having spent the past two decades in nonprofit operations, Ursula is currently funemployed and capturing the fear/joy of leaving a stable career to pursue her dreams in her first book, “Oh, (bleep)! What have I done?”

Jennifer Hanlon came out of her mom’s womb with a pen and a legal pad.  A former self-effacing journal writer, Jennifer has lived about four of her nine lives on earth already.  Dawning from the rust belt/Mahoning Valley in NE Ohio, she attended Miami of Ohio for a teaching degree she never actually got to use and ascended to the public sector after getting an MPA from the ONLY UC there really is:  University of Cincinnati.  Finding herself “unexpectedly geographically flexible” at 27, she headed out in a UHaul with her mom to go to the promised land and continued her public sector antics landing in Sunnyvale, CA.  One more husband and two magnificent children later, Jennifer found herself surrounded constantly with writing projects ranging from policy development to non-profit or educational bylaws drafting.  Fun stuff, but no seriously, Jennifer tries not to lament that she was not born as Anne Lamott and knows that talking about writing and doing it are indeed mutually exclusive acts.  Thank God for the Internet and more specifically Facebook for she has been inspiring people for the last six or so years with posts on her observations of life in the Silicon Valley.

Now a recovering life coach and hot on the trail leadership consultant, Jen is branching out into the land of blogs and has her first book proposal in writing and kicked off.

“I have to confess, greater things always happen for me in groups.  Flying solo has been so over-rated.  I can only have completed a workshop, retreat, triathlon and even move across the country in the company of at least one, but more often a group of other nut cases sharing similar interests with me.”  And therefore I am here.  I’m excited for the catalytic effect that this group will offer!