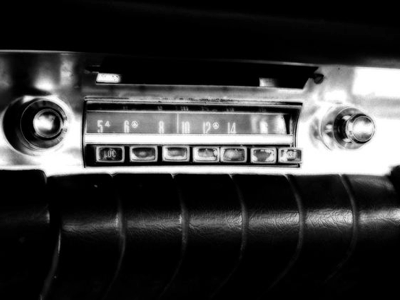 Have you listened to country music lately? I recently reprogrammed my car radio, after my battery died and had to be replaced and all my old saved stations were wiped out. In reprogramming, I impulsively made No. 6 the quick beeline to “The Bear,” Lexington’s country music station with an attitude. This is not your daddy’s Dolly Parton we’re talking about. This is serious “country rock” as in “I’ll-smash-yer-dern-head-in-with-this-rock-if’n-ya-don’t-tune-in.”

I’m no stranger to country music. My brother, Jeff, is a country music fan and for years my sisters and I capitalized on this by buying him old country albums for $1 in Hill’s Department Store sale bin for Christmas. He was the easiest, cheapest person on our list.

So I was in the car a lot last weekend, having driven back and forth to Louisville twice in the same day to see and hear my daughter’s high school marching band compete (and win) in the state band competition. No. 1 (Top 40) was the same old crap, No. 2 (Edgy Screaming Rock) was edgy and screaming, No. 3 (Oldies) was a little too much of a Stevie Nicks theme for my tastes, No. 4 (Liberal NPR) was an interview with The Most Boring Person on the Planet, and No. 5 (Quasi-Conservative NPR) was an interview with runner up for The Most Boring Person on the Planet with banjo music in the background.

You should have seen me. Driving down Route 64 in Kentucky with The Bear blasting. If I had been in our UK-blue pick-up truck, I would have been a picture.

So, what comes on the radio? A song by Brad Paisley, who up to this point I had never heard of, singing a song titled, “I’d Like to Check You for Ticks.”

Is this a sign?  Has country music run out of ideas for songs?

The opening line of the song is, “Every time you take a sip in this smoky atmosphere, you press that bottle to your lips and I wish I was your beer.” (Sic on that “was.”  It should be “I wish I were your beer,” but let’s not get too academic here. We have a ways to go.)

“In the small there of your back, your jeans are playing peek-a-boo; I’d like to see the other half of your butterfly tattoo.”

Hmm. Is it a butterfly tattoo? Maybe it’s a rash or something fungal that is taking a cute shape.

You had me up through the moonlight and wildflowers, Brad, but ticks?

My husband had a tick on his leg once. “Hey, Diane, come and look at this and see if this is a tick.”

“Yeah, right! Get that leg away from me!” Even after the bulls-eye rash, the aches, the pains, the Lyme Disease diagnoses, the antibiotics, and months afterward, I couldn’t look at his leg the same way.

Brad goes on to point out that there are a lot of guys in the bar that would want to take this babe home, but that he has way more class than them. After all, instead of taking her to his house, he wants to take her to the place where he goes hunting. Then he says there are lots of places on this girl’s body that are hard to reach, but he’ll do his best.

Where’s Porter Waggoner in a sparkly suit when you need him?

Even Johnny Cash, Waylon Jennings and Hank Williams Jr. in their most drugged-out, pill-popping, boozed-up phases didn’t write lyrics that conjured up images of baboons picking over each other in a zoo cage.

Makes you wonder what he’s going to do with the ticks when he finds them. Burn them with a Marlboro? Eat them?

Must be true love.