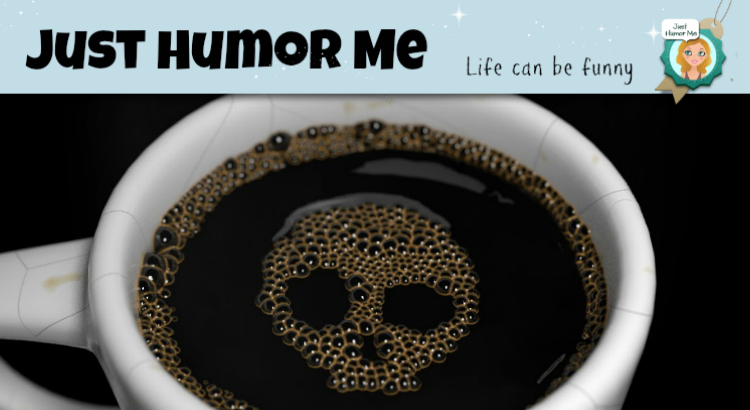 I’m not a self-centered person. Really I’m not.

But that doesn’t mean that I didn’t blurt out, “Oh, come on!” when I found out the replacement coffee carafe I ordered was going to be slightly delayed because of a train derailment.

One day. The delay was one day. Because a train had a terrible accident.

Did I see the phrase train derailment and think what any human with a beating heart would think? You know, maybe: Were there any children hurt? Was there a resulting explosion that caused injury, death or dismemberment to anyone nearby? And what about the train conductor? How’s he doing?

“If I have to go one more day drinking coffee from the ancillary backup coffee pot I’m going to kill myself,” I told my husband.

“Yeah, seriously, how much more can a person be expected to take?” he deadpanned. If I didn’t know better I’d think he was being sarcastic.

When it finally did arrive, he said, “Now can they get casts on the broken bones and start to fix the track?”

“Wait a minute. I have to make sure it isn’t broken. Things can get tossed around pretty good when a train jumps the track.”

That’s the role coffee has in my life right now. Without it I’m just not a very nice person.

I know I’m not alone, because the Internet is full of memes that are all “I love coffee and Don’t Touch Me Until I’ve Had My Coffee” and “What Do You MEAN We’re Out of Coffee?” And my personal favorite, “Where the fuck is my fucking coffee you fucking fuckers? Oh there it is. Happy Monday!”

My excuse is that it’s one of the only vices I have left. My days of rampant misdemeanor lawlessness are long over. I don’t even get parking tickets. My last speeding ticket was almost ten years ago and the one before that was when I was in my 20s. And there are lots of things that are legal now that I still don’t do. I’m abiding laws from the early 1800s. And I’ve never torn off a mattress tag in my life, even after a mattress store manager swore to me that it’s not a thing. It seems like a thing because people are always quoting the mattress tag’s warning of prosecution, but it’s not a thing. Once you own the mattress, you’re allowed to rip it off, make it into a paper airplane or roll it up and snort something with it. And still I don’t do it because I’m following laws that aren’t even real.

I do however have three vices. My number one vice is phone games. There are few things I like better than sitting down and playing a rousing game of Word Brain, Dots & Co, 100! Puzzle, or Spider Solitaire until I can’t feel my thumbs. Some nights I close my eyes and the floaters I see are letters, numbers and geometric shapes.

And then there’s wine. I don’t know what to say about that except that I come from a long line of Irishmen who never met a form of ethanol they didn’t like uncontrollably and in a negative life-changing way. Compared to them I’m the Rev. Billy Graham. But let’s put it into perspective. Those phone games are brain exercises that are staving off Alzheimer’s, and wine is a fruit. Look it up.

So what’s wrong with a tiny bit of unhealthy dependence on a non-controlled substance? And how can I be blamed if I hear about an accident and think first about me and my life, and wonder where my next cup of coffee is coming from? Oh there it is. Happy Monday!

Diane writes about using humor to cope with things in life that suck. Read more of her Just Humor Me columns here.  Sign up for our weekly e-newsletter to get new blog post notifications. And if you like her blog, you’ll love her books, Home Sweet Homes: How Bundt Cakes, Bubble Wrap, and My Accent Helped Me Survive Nine Moves and Great-Grandma Is on Twitter and Other Signs the Rapture Is Near