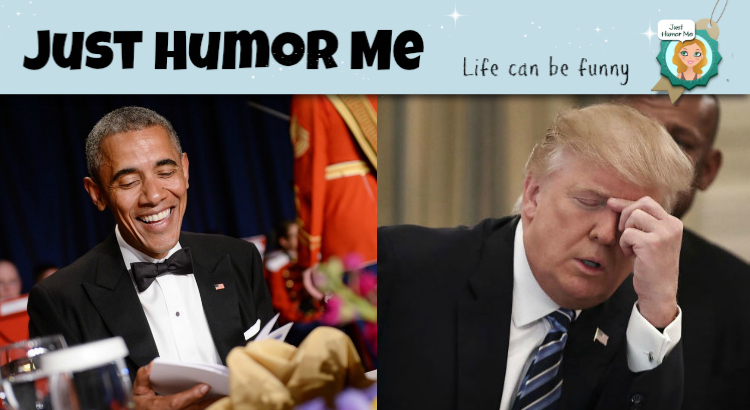 So. President Donald Trump is skipping the White House Correspondents’ Dinner this year. People, let’s just all calm down, and that includes you Samantha “I’ll Put on My Own Dinner” Bee. This is not a huge deal. If this were high school, the class president would be refusing to attend the Chess Club Banquet. His absence is not worthy of your outrage. In fact, it might be a lot more fun if the comedians don’t have to face their accuser.

The White House Correspondents’ Dinner is affectionately referred to as the Nerd Prom. So it’s no wonder the political and media celebs and the smattering of Hollywood types who love the event are saying the equivalent of, “Um, like, whatever” while adjusting their pocket protectors.

Trump won’t be the first president to ditch this event. But he is the first one to do it for no adult reason. Jimmy Carter missed one year because he was exhausted. Ronald Reagan’s excuse (“Um, I was shot? In the lung?”) was more valid, plus he phoned in jokes that killed. Trump isn’t imaginative enough to come up with a good excuse. He said it wouldn’t make sense to go to the dinner and “pretend” like he doesn’t hate the White House correspondents. He’s never had to muster up good manners and protocol and he’s not going to start now.

So that’s fine. Because the White House Correspondents’ Dinner isn’t about the president. It’s about the other people who show up.

I went to the event in 2015. It was a bucket list item for me. I had spent years watching the comedy headliners and scrolling through pictures of the celebs, admiring the presidents’ wit and the dignitaries’ hairdos. And then I got to go.

I spent four weeks picking out a gown for the dinner and outfits for the pre parties and post parties. My husband almost had a series of mini-strokes when I said I was thinking about wearing my black shrug with a dress to one of the pre-parties.

“Diane, didn’t you buy that at a resale shop?” he choked out.

“Heavens no. I found it in the Sawgrass Mills Outlet Mall parking lot with the tags still on it,” I said. “It hadn’t been run over yet and barely even needed to be pressed.”

He reminded me that the party was at a media mogul’s house – “a for-real mogul, Diane” – so I passed on the shrug and bought something new, at a store. A real store, with four walls and a roof.

So I was dressed the part. But you can only put so much lipgloss on a small-town Ohio geek and pass her off as someone who can mix and mingle with the Washington elite.  I was advised to lay low, try to fit in, but have fun.

“Don’t be too proud to go up and meet famous people,” my friend Chris told me. I knew this would be my one and only invitation to the White House Correspondents’ Dinner. I would literally never see these people again, other than on my TV screen and they would certainly never see me again. So I did my best.

After the first pre-party, Chris asked me, “Did you see anybody famous?”

“Yes!”  I was giddy with excitement.

He told me I could do better. Just wait for the next party.

There, I got my picture taken with Chris Matthews, talked to Nancy Pelosi, and danced with an ambassador and her boyfriend. I could die happy now. But first I had to go to the main event.

We found our table at the dinner about 35 minutes after going through security. It could have been farther away from the main stage, but then it would have been in Maryland. I was unfazed by that and the fact that a fat pole blocked my view of the Polly Pocket sized Barack, Michelle and Cecily Strong. I didn’t care.  I was looking for somebody really famous. “You’re likely to see a Kardashian or two,” I had been told. “Or at least someone from Modern Family.”

So I was standing there scanning the room when I saw him. David Tennant. For the love of all that is Scottish awesomeness. I love that guy. I knew him as the moody, broody, anemic-in-a-charming-way investigator from Broadchurch. And there he was, sitting just a few yards away from me, wearing a kilt, with his wife and a table full of people from the film biz with some of the best hair I’d ever seen. (Honestly, what is it about people from LA? How much do they spend on hair enhancements?) The best part was, no one was flitting around David Tennant. They were all circling Newt Gingrich and Larry Wilmore. I would have D.I. Alec Hardy all to myself!

I immediately texted my daughter, whom I knew would appreciate this. That’s when I found out that David Tennant is known for Broadchurch by people like me, but has a much more rabid fan base for another TV show.

“Doctor Who!!!” my daughter texted back to me.

I responded: “Doctor who?”

Little did I know that this celebrity sighting would put me on the map. My husband Tweeted the picture he took of me with The Tenth Doctor and we went as close as I’ll ever come to viral for about 15 glorious, heady minutes.

← Kellyanne, Call Your Mother. I Know How She Worries ← A Letter to My Cousin’s Husband, Bob, Who is a Dentist