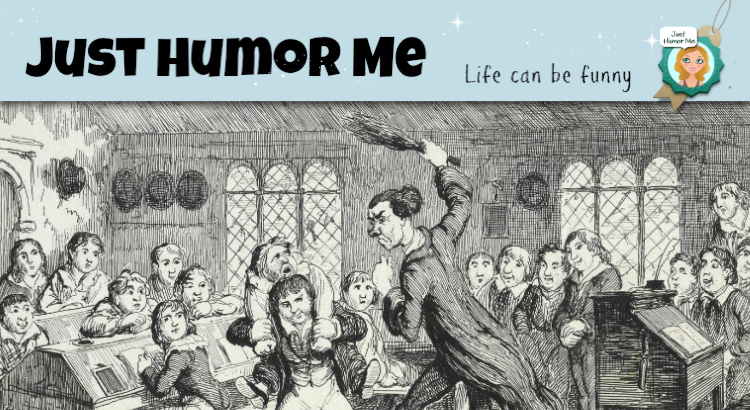 I saw a Facebook quiz the other day that almost made me set aside my draconian ban on Facebook quizzes. The questions were all about firsts. It made me think of newborn puppies and toddlers, shiny new shoes and hope. And I thought, how much trouble could I get in taking this?

“Who was your first grade teacher?” Not a problem. Mrs. Weimer.

“Whose wedding were you in the first time?” This is fun, isn’t it? My cousin Sandy’s. I was a midget flower girl, 6-years-old with a ratted updo and a petal pink chiffon dress. I believe one of the bridesmaids put a little lipstick on me.  Sandy, thank you and I’m sorry.

“First movie you remember seeing?” Easy. Breakfast at Tiffany’s. I had a mother who invented laissez faire parenting when I was born. Every evening she would walk into the living room where I was watching TV and say, “Diane, time for bed.” And I would mutter something about one more minute and she would go into the kitchen and I would start watching the Nine O’ Clock Movie. I got more skilled at putting her off as I got older, so that by the time I was 11 or 12, I was finishing the Nine O’ Clock Movie and getting most of the way through the Late Night Movie. More than once I was creeping up the stairs to the accompaniment of the  Star Spangled Banner.

And then I got to this question: “When was your first detention?” and lights started flashing in my head, memories came flooding back, complete with what I was wearing, what all of my female teachers were wearing, and I started down a path where my urge to tell the story of my first detention became overwhelming. The whole scene was now in my head and I could write an after-school special complete with grainy video and vintage ’70s fashions.

My friend Lisa and I were both entitled little beyotches in the eighth grade. We didn’t know it at the time. Then, I couldn’t figure out why the teachers didn’t all love us. We were perfect. But I suspected it had something to do with our moms.

Lisa’s mom was our school nurse and my mom was a teacher aide who worked in the media center, fulfilling orders for film strips and other new-age book substitutes. She also did all the laminating for the whole school. Ironically, one of my mom’s other duties after I left middle school was to monitor detention. Life has a funny way of making sense like that.

When we wanted to get out of class, we went to Lisa’s mom. When we needed lunch money we went to my mom. Whenever anyone pointed out how lucky I was to have my mom there to bail me out of a forgotten stack of quarters, I reminded them that everyone went to my mom for lunch money. She didn’t treat me any better than every other kid in the school. Still, I had an air of regal entitlement around me, which makes a 14-year-old stand out.

Do they even do detention now? I never did get the point. At the end of school, you have to go sit in a room and do your homework at a desk when all the other kids get to go home and do their homework at a kitchen table. It’s barely discipline at all and it’s only one step away from expulsion, which makes a mark on your permanent record and is a gateway to reform school. If sitting in a room for a couple hours was supposed to be a punishment, how was an entire school day justified?

But when I got detention it was like I had been sentenced to hard time at Alcatraz. I couldn’t believe it. Me, straight-A student, daughter of everybody’s favorite para-professional, serving her sentence in a room with the likes of kids who set fires in mechanical drawing.

Lisa and I were the only girls in detention that day. Even You-Know-Who, the girl who regularly smoked in the girls’ bathroom, was rarely where she was supposed to be, and was the reason all the middle school teachers knew what pot smelled like in 1971, had behaved better than Lisa and me that day. Mr. Bobosh, my social studies teacher and the detention monitor, saw us come in and did a double take.

“What are you doing here?”

I heaved a dramatic sigh and told him the story. I was going into math and when I walked in I saw Lisa and I was like oh my god I have an Easter egg in my desk for you and I totally forgot it’s in homeroom. I like totally have time to run back and get it. Come with me. And she’s like OK, so we go back to homeroom and I grab the Easter egg and I give it to Lisa and she was all oh my god this is so cute thank you and then we ran back to math and we were like 2 seconds late but Miss Chiarelli hates us so she gave us detention.

I don’t know what it’s like to be a 50-something-year-old man whose job includes listening to this kind of dribble 270 days a year, but I still feel sorry for Mr. Bobosh for what he had to endure all those years ago and I think he’s probably dead now. I hope his heaven is free of tween girls.

So we sat down. The detention room was one of those new double classrooms that proved you were a progressive school in the 1970s. (“We’re cool! We’re flexible!”)  with an accordion divider between. Mr. Bobosh sat in the front and there was this big space before the smattering of desks-with-chairs-hooked-to-them.

Lisa and I picked two chair-desks in the front row. Behind me sat Fred, who I knew from church and who was the worst behaved kid in our class. In Sunday School he once threw a pen like a dart at Mrs. McBride. It stuck in a confirmation banner on the wall behind her. I believe he was in detention that day for some sordid misdeeds in the mysterious underbelly of the school: the narrow passageway between the cafeteria and the lunch-ladies’ kitchen.

We weren’t in our seats 10 minutes before Fred put his feet on the back of my chair-desk and slowly pushed it forward. His legs were long enough that I was noticeably closer to Mr. Bobosh. I scooched back as quietly as I could.

Again. Fred pushed me forward, this time in little jerks that made my hair bounce and my glasses go askew. Mr. Bobosh looked up to see me sitting by myself in the open space that separated him from the riff-raff. He furrowed his brow as if to say, Diane, seriously?

I scooched back. Some time passed. I opened up my Science Matters textbook and tried to concentrate. This was so humiliating. I could hear Fred and a whole detention room full of fledgling juvenile delinquents snickering at me.

And then he hooked his feet under my seat, pulled me back so close that his knees and their proximity to his desktop might have defied the laws of physics, and then WHOOSH – in one swoop, pushed me sailing forward, careening right up to Mr. Bobosh, my hair blowing back,  my hands gripping the side of my desk.

The snickering stopped for a second and you could’ve heard a pin drop as I did not snitch on Fred. I’d like to think the whole experience brought me down a peg. Although I still did send people to my mom for lunch money as if I were handing out political favors like a little Boss Tweed.

And that, Facebook quizmasters, is the story of my first detention, my first ride in a chair-desk, and the first time anyone ever saw a girl’s face turn so red without passing out.

Diane has been writing Just Humor Me since 2007. If you’d like to get an occasional email reminder of Diane’s writing, subscribe to her newsletter here.