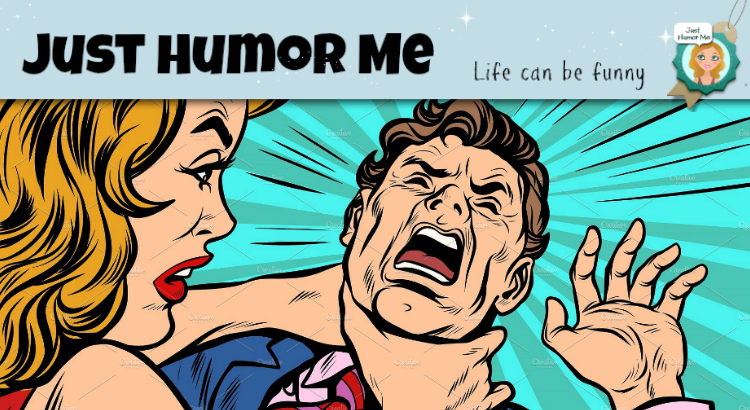 Our cable internet was becoming very spotty. Things kept cutting out, freezing up, leaving the talking heads on CNN paralyzed mid-weird-mouth position for an uncomfortable number of seconds.

“Gah! I missed the end of his sentence. Now I’ll never know what that unnamed source said to that other anonymous leaker about the alleged unconfirmed dossier.”

I was spooning chicken into lettuce cups while I kept my eyes and ears on my laptop, live-streaming twenty-four hour news on my kitchen counter.  And because I can’t concentrate on three things at a time, even when one of the things is something a one-armed monkey with developmental disabilities could do, I repeated back, “Call Comcast. Are they throttling us. . .”

We sat down to dinner and started in on the lettuce cups. We don’t have an eat-in kitchen so for the past five years we’ve been eating dinner in the living room on wooden TV trays that we got for a wedding gift 35 years ago. (Thanks, Lynn from East Palestine!) Dinnertime is the hour of the day when we are most clearly looking at ourselves in our decrepit, elderly future. We make Blanche, Sofia, Dorothy and Rose look like Carrie, Charlotte, Samantha and Miranda.

This night, because the internet based Netflix on our TV was acting up, we set up a third TV tray between us and set up my laptop so we could watch Ozark. Dinnertime is optimal series-watching time because we are least likely to fall asleep after five o’clock if there is food in our mouths and our hands are moving cutlery around.

“What was that thing I was supposed to ask about? The cable company?” I asked my husband. “Are they what-ing us?”

“What?” My husband has little patience for my memory issues.

I wanted to get this right. “Is Comcast duh-duh-duhing us? What am I supposed to come right out and ask them?”

I mentally added Call Comcast to my list of things to hate about Monday.

I drew a mental picture of the car engine I worked on in Power Mechanics class my senior year of high school. I’m pretty sure there was a piece of metal that limited gasoline or air or something for the good of the whole car. And there was a knob in my brother’s vintage car he had in the ’70s that I also pictured. Or was that the choke?  Who cares? Maybe it would help me to remember the word for my upcoming phone call. I am a visual learner, after all.

I knew that the phone call would include me admitting to my strange TV watching habits. I livestream CNN on my laptop and carry it around with me while I fold laundry, brush my teeth, wash dishes, and go to the bathroom. It’s so obnoxious I’d like to throttle myself. But it’s a real sickness so that would be insensitive.

Monday afternoon I stopped putting it off and called Comcast.

“Are you strangling us?” I blurted into the phone. The people who answer phones at Comcast are almost the most intimidating people in my life, second only to the street guy who asks me for money every day and when I say, “I’m sorry” and keep walking, shouts after me, “You are not sorry! You are not!” I leave every encounter with him thinking of great comebacks but he is so mean, I can’t bring myself to take him on. I walk away and go to Macy’s and treat myself to a blouse that I don’t need, which makes me feel worse. I want to explain to him that I already gave money to Accordion Guy and Guy With Cute Junkyard Dog on the short walk from my house, but I don’t want to get them in trouble. It’s a competitive world out there on the street and I don’t want to be the casus belli in the war for one dollar bills.

Back to my Comcast call.

Edward, the Comcast guy on the phone, was surprisingly pleasant. They must’ve had an in-service since the last time I had them on the phone, which was last year. That call ended with me whining, “This is bullshit!” and the guy reporting me to his boss for indecent language. This time, Edward said, “Your live-streaming keeps cutting out? That’s not acceptable. I’ll schedule a technician to come out and look at the lines.” He then took the generous step of looking at my usage and said that while he did see a high volume of live-streaming, I wasn’t near the limit and I was definitely not being strangled.

“Could you put that in an email to my husband? Because he thinks I watch too much TV and am not present in the moment enough. And there might be some cockblocking going on.”

He’s going to look into it.

Read more of Diane’s Just Humor Me columns here.  Sign up for our weekly e-newsletter to get new blog post notifications. And if you like her blog, you’ll love her book, Home Sweet Homes: How Bundt Cakes, Bubble Wrap, and My Accent Helped Me Survive Nine Moves.

← Let It Be, And I’m Not Kidding Around ← Keep Calm and Move to Cleveland