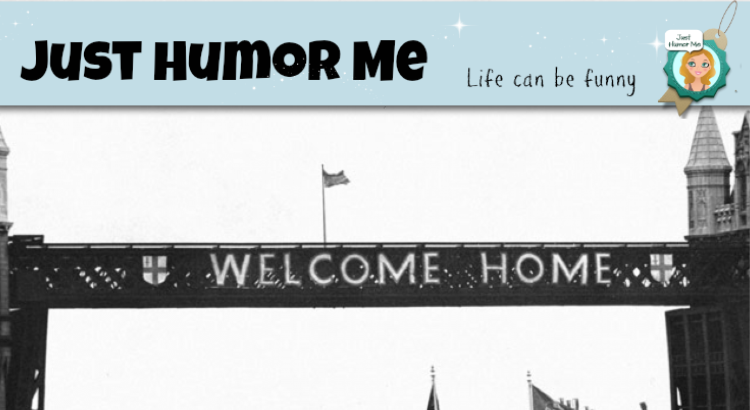 I’ll be honest. Our life in San Francisco was pretty sweet. But it had to end sometime. I was on the brink of gout and alcoholism and was spending too much money on sushi and shoes. We were eating out so much that I was going eight days before the dishwasher was full enough to run and it was full of just wine glasses. I’m not saying my life in San Francisco was a social whirlwind, but I once reached into my good coat pocket and found a rhinestone, a false eyelash and a magician’s Jack of hearts with my name on it.

This move was about coming home. We landed as close as I could get to where I was born and raised without setting up housekeeping in my old wood-slatted baby crib on Stewart Avenue. I’m close to a lot of my family and my life is much like the one in which I grew up — a more homespun, Midwestern heartland kind of social life.

Here in Believeland I’m looking forward to fewer after-after-parties and more casseroles. Less passing out in ripped nylons and more falling asleep on the couch at 8 because I’ve seen that episode of Law and Order so many times I’m mouthing the dialogue along with Lenny Briscoe. Not having to explain what I do — and don’t do — for a living because the people I’m with have known me since I was eight; they know how smart I am but that my accomplishments don’t really reflect that, and that’s OK.   Tossing my Spanx and wearing flats because I’m short and I have a flabby stomach and anyone who doesn’t already know that about me can suck it.

I don’t have to impress anyone here. My Youngstown friends know about all my mess-ups from kindergarten through my first four newspaper jobs, and my Cleveland friends remember how unprepared I was for maternity wear and a managerial job. So imagine how hard it would be if I wanted to pass myself off as someone with any sophistication at all.

“You’re going to rock that town,” a friend wrote to me when she found out where we were retiring. “Look at all you’ve experienced in all the places you’ve lived. And now you’re going home!”

“Yeah, except all that I’ve learned can hardly be put to any use in the Midwest,” I said. “Nobody wants San Francisco Diane. She’s useless there. Ohio Diane is more laid back, although she could use a little more eyeliner.”

Other than showing up at a party and finding yourself talking with a magician, there’s not much of a common denominator between California’s hippest city and the Rust Belt.

And I am so fine with that, it’s not even funny.

When I told my friend Jason I was moving back to Cleveland, he paused and then said, “That’s great! Cleveland is the up-and-coming hip place now.”

“Yeah, well, here’s the thing,” I said. “I don’t care. Andy Warhol and James Dean could come crawling out of their graves and show up at the Van Aken shopping plaza Walgreens with hand rolled cigarettes and absinthe and I wouldn’t care. I’m not moving there because it’s hip. I’m going there because it’s comfy.”

I know he was only trying to make me feel better but I don’t need reassurances that I’ll be OK in Cleveland. I can buy the best cuts of meat and handmade pierogis at the West Side Market. I can do yoga in front of the Rock and Roll Hall of Fame with my sisters and nieces. I can take in the Cleveland Orchestra at a historic concert hall that when you look at the ceiling you could weep. And last week I got tickets to see St. Paul and the Broken Bones at the House of Blues.

Oh, and for my foodie friends: They let us have oysters here, too. Who knew?

The other day I was at Petco and I found a stick-on rhinestone lying in the parking lot. I put it in my pocket for when I’m in San Francisco next. We don’t need them here.

Read more of Diane’s Just Humor Me columns here.  Sign up for our weekly e-newsletter to get new blog post notifications. And if you like her blog, you’ll love her books, Home Sweet Homes: How Bundt Cakes, Bubble Wrap, and My Accent Helped Me Survive Nine Moves and Great-Grandma Is on Twitter and Other Signs the Rapture Is Near.