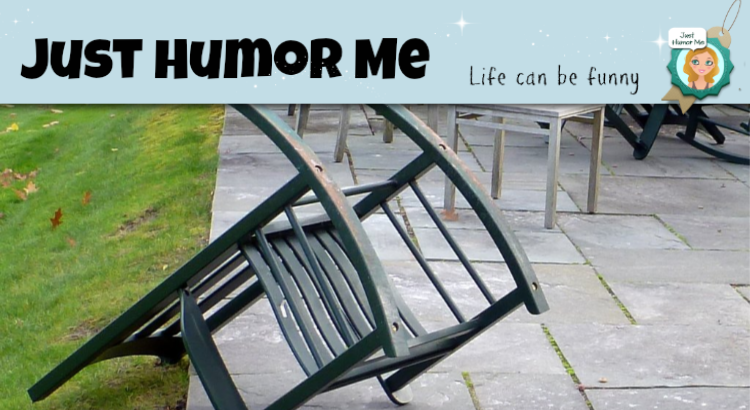 At this, the three-month point of retirement life, I’m starting to get a real feel for the ins and outs; the pros and cons;  the good, the bad and the squeamishly butt-ugly.

I can’t tell you all the secrets (I’d have to kill you and don’t think I couldn’t, with the expired dairy products in my frig) but I can offer you a glimpse into what it’s like to have your husband of thirty-six years unemployed and home all day, and not because he’s unskilled and just out of rehab; but because you both thought it sounded like a swell idea for him to retire early.

And it is swell. Seriously. For us, the timing was right, despite the fact that we’re both fairly immature and probably don’t deserve to have all this unsupervised time on our hands outside of the yard in prison.

But it’s been surprising. Which in and of itself is not surprising. No matter how much you research, try to imagine, and talk to your elders about what it’s like to be retired, you’re never quite prepared for what it’s actually going to be like for you.

I started to think about how best to get that point across to those of my contemporaries who are still waking up with a purpose in life, contributing to the economy, and paying full price for name-brand cleaning supplies. I hate know-it-alls who are constantly harping, “Just wait” when they’ve experienced something you haven’t yet. So I don’t want to be that person. But we have information and can share it, offering real facts about what retirement is like.  For better or worse.

The key is to make it entertaining. For instance, Corporate America could hire us to talk to valued employees who are toying with the idea of quitting. For a small fee (okay, a large fee. We’d like to rent an RV and hit all the presidential libraries before we go on oxygen), my husband and I would act out semi-staged performances of what goes on at our house in this green grass on the other side of the retirement fence.

Act One Scene One

He is in sweats, bent over his laptop. I am up to my elbows in scraps of paper, my recipe collection that hasn’t been organized since my  second baby was born 28 years ago. Classic Rock plays in the background.

Suddenly, his face lights up and he shouts:

“Listen to this state motto! ‘Nebraska: Honestly, it’s not for everyone.’ I shit you not!”

Stage is bare. Spot on me, holding poster boards with enlarged lists of my things to do, Monday through Sunday.

By Thursday, audience realizes that Research health insurance options for when COBRA runs out and Do pills! are included on every single day.

Rear stage left: I am sitting in an easy chair playing Word Brain on my phone. CNN is on the TV. I occasionally yell something at Erin Burnett or Eric Trump’s wife.

Center stage: He recites actual texts to me, 100 percent of them sent while we were in the same physical building, about 40 percent of them from when we’re both in Giant Eagle. Highlights include “Don’t forget coffee + wine.” “There’s an actual band in deli!! Come quick!” and “Did you bring the bags?”

Five minutes of the two of us sitting at a bistro table listening to each other chew.

Light refreshments and ibuprofen served in the lobby. Free, with a donation of cash or cold, hard Walgreens coupons.

We recreate our nightly end-of-day house tours, where we, cocktail and Prilosec in hand, go through the house and recap all that we got done that day.  This is the edgiest scene, because it changes from one performance to the next, based on real time. Sometimes, I show the baby blanket I’m knitting and assure him that by the time I’ve finished it won’t be a matted lump of dog hair and spilled wine. He reassures himself that fixing the basement ceiling was money well spent even though no one will ever see it ever ever ever. Other times I show off the attic storage shelves I’ve reorganized and he brags about how many plumbing estimates he racked up. Throughout, we constantly assure ourselves that buying a big, old fixer-upper in Northeast Ohio instead of a downsized condo in The Villages was wise.

“It was your idea and I couldn’t be happier.”

We talk about the weather. A lot. When the audience starts to look down at their phones, we break into Baby, It’s Cold Outside in one-part harmony. With hand motions, if necessary.

We are playing a board game that is invisible to the audience, which is encouraged to shout out their guesses. Hint: The one where I snarl, “I hate that guy. What good is he? He just fucking stands there. Useless piece of shit plastic” might be chess. Because my rooks tend to be useless pieces of shit plastic.

We are standing around a table with an Alexa in the center.

Dialogue is the both of us trying to get Alexa to play music playlists and quizzes that my sisters’ Alexas do for them.

We talk over each other and give conflicting orders, sounding like a couple in remedial dog training, until Alexa purrs, “Doesn’t one of you have to go earn some money at some point?”

Diane Laney Fitzpatrick has been writing Just Humor Me  for more than ten years. It was never part of her fantasy, but she still loves doing it and hopes to continue well past retirement, whatever that means. If you’d like to get an occasional email reminder of Diane’s writing, subscribe to her newsletter here.