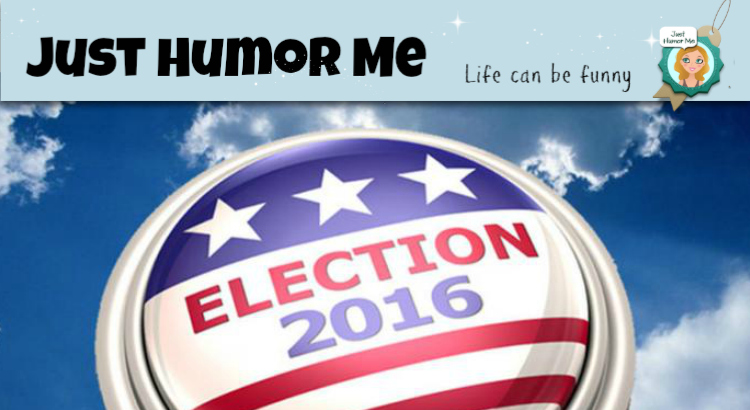 For one thing, you won’t. Moving is hard. If you haven’t moved a lot, you’re going to have to trust me when I say moving is harder than dealing with a President Goofus when we’ve just gotten comfortable with President Gallant.

You’re not going to move to Canada and you’re definitely not going to move to Belize. I looked it up and it’s going to cost you upwards of $1,000 a month to rent a place in a not dangerous neighborhood. Health care is cheap, but if you have anything more  serious than a suspicious mole, you’ll be flown to Panama or Guatemala. Taxes are low, but isn’t Trump going to cut your taxes anyway?

Still on the topic of Belize, because that seems to be the number one threatened destination for panicked liberals, one American ex-pat said: “If you want something like the French club scene where everybody’s all decked out in the latest threads and showing off in the nicest cars, Belize is not for you.” With your island-living dreams now dashed, I rest my case against Belize.

Now you’re down to Canada (which is not going to happen. Three words: Too. Freaking. Cold) and Ireland. Living in Ireland would be great. They speak English but have those charming accents. They have an overabundance of fabulous baked goods and who cares about the calories; you’re living in Ireland. Who are you going to see? Then there are the cliffs, beer that looks like a milkshake that you can drink with breakfast and not get drunk, lots of cool castles, good looking men and strong women. But you’re not going to move there, because you’re not moving anywhere. Because moving sucks.

In order to move because of a bad president, you have to have enough gumption, energy and wherewithal to handle an international move, but not enough gumption, energy and wherewithal to get politically involved to thwart your bad president. Trust me when I tell you, it would be easier to stay and start your own PAC or even your own new political party and run for president yourself than to figure out how to get your cat through customs.

I get your point, though.  You think it’s going to be unlivable here, so terrible that you won’t be able to face your foreign friends. The definition of being an American will take a 180 and it will be just unbearable. You remember all the dystopian films you’ve ever seen and know that you don’t have the dexterity to use a multi-touch interface, would probably maim yourself on a jet-pack, and God knows you can’t pull off a gray jumpsuit.

But try not to go down that rabbit hole. Will things be bad? Yes. Yes they will. But they won’t be high-tech futuristic Minority Report bad. They’ll be societal collapse Mad Max bad. Women and everyone living anything more exotic than a 1955-era Leave It to Beaver lifestyle may find they have lost a bunch of rights. It will last for many years. Pre-existing conditions will make a comeback rivaled only by the hoards of 24-year-olds scrambling to find health insurance. We who pay for insurance will start to pay for the uninsured again, and conservatives will start asking themselves, “What was it about Obamacare that we hated so much?”

But pounding out a Facebook comment in all caps that you will OMG LEAVE THE COUNTRY IF HE GETS ELECTED I SWEAR TO GOD AND I’M SERIOUS is bad form and you need to stop saying that. There’s an implied threat that your leaving will somehow mess the country up and create an unpleasant imbalance. Here in real life, in the real world, your Facebook friends from high school are not reading that and rethinking their vote because your absence would affect them in any way. Your Facebook friends from high school aren’t reading that at all. They blocked you a long time ago because you support Hillary.

So stop the threats, stop looking for your company’s overseas satellite office, and put away the Rosetta Stone. You’re staying here and you know it. Because if the rest of us have to live with the Trumps in the White House for four years, our misery is going to need some company. And you’ll never find anyone to help you pack.

← Think You Know All There Is to Know About Food on a Cruise? ← Jen and the Sleeper Sofa