You are here: Home / Archives for blogging

“My favorite thing about the work I do is when I sit down at the end of the week and write my blog.”

Said no business owner ever.

Seriously, I have yet to meet someone running a small or solo business who actually looks forward to blogging. They love the idea of blogging; they understand the need to communicate their expertise via a blog; but sitting down at the computer and actually writing one is another story.

I was working with a client recently who was enthusiastically agreeing with all of my recommendations – a jazzed up Facebook page with more engaging posts, an occasional e-newsletter to her customers, a larger presence on LinkedIn, and a foray into Pinterest.

“Yes! Yes to all of these things!” she said, in so many words.

You would have thought I had suggested she walk through fire while juggling china cups. She refused to even consider it. I told her the benefits of blogging (all 500 of them). I told her what she’d be posting on LinkedIn would be halfway to a blog post. I gave her 10 blog topics off the top of my head that she could write in her sleep. I offered to write the first two for her. I offered to bake her a cherry pie. She wouldn’t budge. (I really thought the cherry pie thing was going to do the trick.) END_OF_DOCUMENT_TOKEN_TO_BE_REPLACED 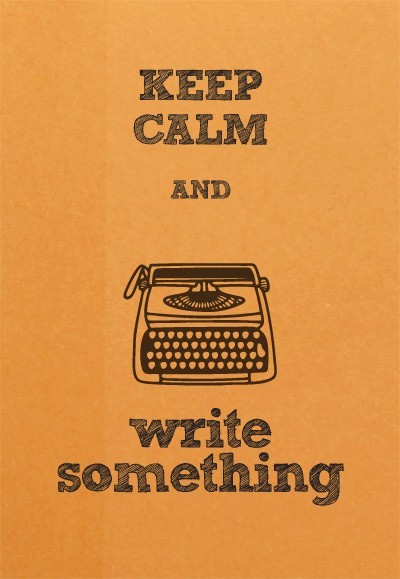 I had taken a long break from Just Humor Me for various and sundry reasons, but not because there was nothing to make fun of. I worked on a certain political campaign (not mentioning any names, but he’s still the L of the F W), went to Russia, had a class reunion, stayed in a haunted hotel, OD’d on colonial garb at Williamsburg, attended the Democratic National Convention, spent a lot of time in airports with a variety-pack of Americans, and had some antics in my own car. So there was no shortage of ways to poke fun at myself for your pleasure. I could stay holed up here in my study without Internet and free of shenanigans for an entire month and still have things to blog about.

But now for the business of sitting down and actually writing stuff down. When I was on a roll, I could spit out a blog post  while getting a high score on Bejeweled on a split screen. Now that I’m out of practice, my adult ADD is flexing its muscles. To avoid writing, I’ve researched the new bumper-sticker stickiness and why it won’t ruin your car anymore; shopped online for a mother-of-the-bride dress because a couple of people I know have kids getting married and I thought it would be neat to pretend I’m them; learned several vodka-related Russian phrases; designed a color-coordinated weight-loss chart; reorganized my iTunes, underwear drawer and online banking; and watched several hundred YouTube videos of babies laughing. I would pursue a master’s degree in psychology at University of Phoenix just to avoid writing the blog post about my summer vacation. In fact I could probably teach a graduate-level course on Procrastination in Today’s Digital World.

Most of all, I have to get back to writing this blog because without it I don’t have anything to say when asked, “What do you do?” I forgot to come up with something before my class reunion a couple months ago and ended up stammering and mumbling something about the foreign service. At best, I can say, “I used to write a blog . . . “ as if I’m now spending hours a day recovering from it or basking in the glory. Yeah, no.

I’ll write more about my class reunion and how it gets easier to be unemployed, lacking ambition, and nothing more than a former blogger, the further from your cap and gown you get – especially if you have grandchildren, which I also don’t have. At least it’s another topic for poking fun at myself.

And I’m back in business. 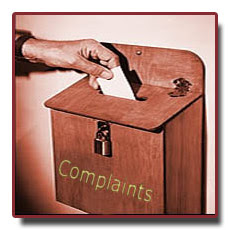 There’s a writer in San Francisco who recently wrote an excellent column about how Americans are such whiners and we’re never happy and we want, want, want and we expect too much and nothing is ever good enough. We could elect Jesus Christ as president and we’d complain that he wasn’t healing enough lepers fast enough or using the hand motions that we told him to use. Even with super cool high tech things that are like modern day miracles that happen everyday, we instantly take them for granted and then complain that they don’t do more. I tried to find the article to link it here, but couldn’t locate it, because Google is a piece of crap search engine that doesn’t give you squat. I looked for at least 90 full seconds and the article was not delivered to my brain on a silver platter. Sheesh. Stupid Google.

So you’re going to have to trust me that the San Francisco guy was dead on right. Everyone’s always asking why our country is so divided politically, why we have these extremes in philosophies. Because people love to complain and criticize and it’s a lot easier to lob hardballs at the opposing side when you’re at the far end of your side. Plus from way down there, you don’t have to see and hear those who are different from you. You can just scream your disapproval louder so it can be heard. It comes out better in an enraged shout anyway.

Since I’ve been writing on the Internet, it’s been pointed out to me many times that I’m full of shit, uninformed, misled, and following the wrong path. I didn’t know this when I wrote for a print newspaper. If someone disagreed with me then, they had to either pick up the phone or write a letter to the editor, both of which took so long and so much effort that most people were not rabid enough in their disagreement of me to do either. I wasn’t that full of shit.

When I started writing for Suite101.com, I got comments on my articles like “THIS DIDN’T HELP AT ALL!!!” and from the Brits “Rubbish!!” and sometimes profanities from middle schoolers who were left unsupervised on the computer. Mind you, I wrote about stay-at-home parenting, CCD teacher resources, and kids’ crafts. Occasionally I wrote a recipe or instructions on how to fold cloth napkins into fancy shapes.  Some people were downright angry about my Easy, Last Minute Science Experiments.

And blogging is not for the thin skinned. No matter what you write a blog about, you’ll have people commenting that you were stupid and wrong and you’re opinions are the devil.

Let me stop here and remind everyone that I don’t blog about politics (other than when I suggested that more husbands could be more like Obama), religion (other than when I write about my funny 4th grade CCD class and their obsession with snacks), abortion, gay rights, war, animal abuse, our reliance on foreign oil, or health care reform. I blog about painting an old crate for my son to keep his Sports Illustrateds in. Somewhere, someone was saying, “She should have used organic paint,”

Take pantyhose. I wrote a blog post about pantyhose and how they’re out of style now and only country bumpkin old people like myself are still wearing them. I Tweeted my blog link and got this response from Stuckinhose:

I had to point out in my response that if your Twitter screen name is Stuckinhose, you might be a little defensive about being told that hose are out of fashion. How stuck are they? Have you tried GooGone?

My friend John writes a blog about trail running and he recently posted a really nice piece about mall walkers and benignly mentioned that he can’t imagine mall walking being more satisfying than walking outdoors.

He got a crapload of crap from people saying, Hey, Trail Boy, stop criticizing mall walkers. They’re old and they’ve paid their dues on the trails of life already. Cut them some slack. And stuff to that effect.

Then there was the mouse incident. Last November, I told the tale of my mouse-infested house in New Jersey and my unsuccessful attempt at using sticky traps, making it VERY CLEAR that I was afraid of touching a disabled-yet-not-dead mouse. Very clear. My words were thrown back at me by some guy who claimed to be two different people.

January 24, 2010 12:10 AM
Gavinmangus said…
“It took three days for the mouse to die, with all five of us occasionally opening the drawer to check on his progress and timing his chest movements.”
What?!
Excuse me, but WHY did you just let it suffer like that? Why didn’t you put it out of its misery? That’s just torture!

Did I not make myself clear? Didn’t Gavinmangus Chuck read the part where I said I was SCARED?

Let me summarize by saying: I’m right. And you’re wrong. And there’s nothing you can say, comment, counter, tweet or reply that will change that. And if you try, I’ll have to take my opinions back to print.