You are here: Home / Archives for gowns 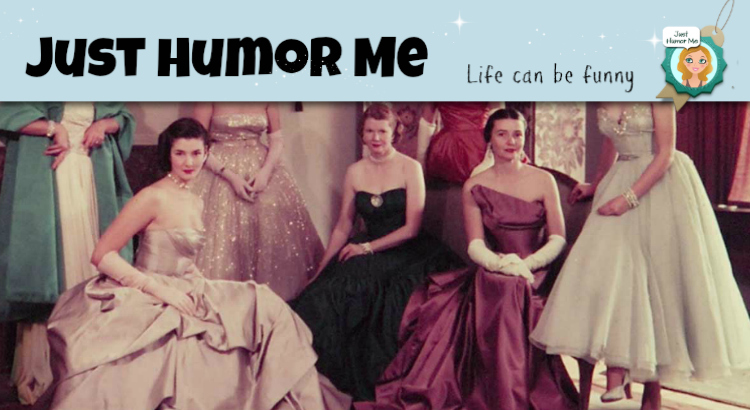 It’s that time of year again: when normally sensible, well dressed women throw all they know about fashion out the window and put on princess costumes to go out in public.

Which means it’s the twelfth time I’ll go against my own better judgement and half-heartedly walk out my front door looking like an evil stepsister.

I knew this was coming but I was still not prepared.

“I was not prepared for this,” I told a salesperson at Bloomingdale’s, who helpfully suggested a gown with a full-skirt that seemed to have been built  around a dog crate. I could have smuggled in a troop of dancing Nutcracker toddlers under it.

I put it on and she — chronically helpful now — came in to check on me and laughed nervously. “You could have it altered,” she said. “You know, have the hem taken up.”

Oh yes, let’s do talk about short girls and gowns. When covered in a gown, my legs appear to be 8 inches shorter than they are. I once tried on a shimmery pink gown, thinking I’d feel like Glenda the Good Witch and instead I felt like the lead female Munchkin. You know, the one with the hoop skirt and puffy sleeves. END_OF_DOCUMENT_TOKEN_TO_BE_REPLACED

I have successfully met the requirements of a second color theme gala. I feel like a trophy is in order.  At the very least, a ta-da.

It took me two months from the time I got word that my husband and I would be attending an organization’s annual gala and I Googled pictures from past years and saw that virtually every single woman was wearing red. I started a search for a red dress, since I’m not one to pooh-pooh a theme. I know my role at these things. I don’t need to dress so that I look good. I need to dress so that I play along and not mess up the entire room looking good.

Easier said than done. I was willing to wear an unflattering dress to play along with the red theme, but there’s a limit. As if buying a floor-length formal gown wasn’t hard enough. We’re talking about an item of clothing that went out of fashion 100 years ago with everyone except for the Monopoly Man’s wife. Telling a woman in 2015 that she has to wear a formal gown is ballsy. Telling her that in addition to it fitting her, being a non-hazardous length and being age appropriate, it has to be a specific color is downright aggressive. END_OF_DOCUMENT_TOKEN_TO_BE_REPLACED 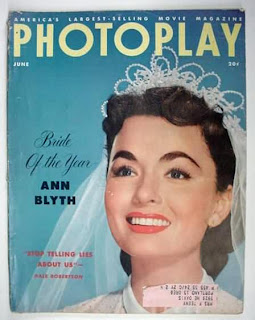 My sister Pam and I were talking the other day about how cool it is that brides get to do whatever they want now. It wasn’t always this way, you young, blond, perfect-skinned newlyweds. Did you know that back in our day, we weren’t allowed to have the color black anywhere within the diocese in which we were getting married? No one except for the bride was allowed to wear white, guests weren’t supposed to wear red, and there were other rules having to do with colors, which I can’t remember because my brain is still filled with how not to piss off my mother’s card club ladies.

Because that’s who the wedding was for, really. Up until recently, brides were given lists from their mom and new mother-in-law and on it were names of people that had to be invited to the wedding. But you don’t know any of those people? Too bad. Who do you think you are? Princess Caroline?

There were so many rules to follow. You had to have engraved invitations in white or cream, with black writing. There had to be a thin square of tissue paper stuck in the envelope. They had to be addressed a very specific way that didn’t make any sense.  You had to have thank-you notes that matched the invitations and had your and your husband’s names on the front in a way that did not include your name at all, just “Mr. and Mrs . . .” You were just the “Mrs.” Your reception had to have some type of ziti and some chicken. Steamed vegetables were optional but most substitutes were frowned upon.

I went to a wedding a couple of months ago in which the bride wore a beautiful white gown with a long train and hot pink shoes. Her bridesmaids wore black dresses, and instead of the traditional Crisco-and-sugar wedding cake, she had delicious and colorful cupcakes. The invitation had been a work of art, folded like origami with hot pink and lime green ribbons and Party font. Among the food at the reception were baked potatoes served in martini glasses. My mother and her entire generation rolled over in their graves. The rest of us were insanely jealous and fantasized how we would have had our weddings in the ‘80s if we had had such privileges. I’m pretty sure I would have let my sister carry her newborn baby in a black Snugli down the aisle with her.

I understand Emily Post’s newest edition of Wedding Etiquette is one page and says, “Do whatever you want, you bitches, I don’t care anymore.”

Despite pleasing the over-50-and-female faction, I really did love my wedding. I got married in December, so it was kind of Christmasy. My sister-in-law made skirts for my bridesmaids, because I had a bug up my ass about wanting them to wear something that they would wear again. My mom’s house had a closet full of the bridesmaid’s gowns my sisters and I wore in weddings, a rainbow kaleidoscope of pastel chiffon with pit stains and frayed bottoms (and one smelled like rum). None of those dresses were ever worn again, with one exception: Once, after a wedding, my friend Jill and I wanted to go out to some bars. However, Jill had been a bridesmaid in the wedding and was wearing a long rose colored dress. She said she felt funny going out to a bar in a gown. So we solved the problem by stopping at my house, where I put a gown – the dress I wore to be maid of honor in my sister’s wedding, a Williamsburg blue chiffon, floor-length, swishy dress. Jill and I went to a country bar in Western Pennsylvania and drank and danced until closing, ignoring the stares and the drinks that were not bought for us by any of the men there.

The important thing is that I had tons of fun at my own wedding. I danced the hokey pokey, drank beer, posed for pictures, talked to my friends, and let my husband whisk me out the door and plop me into our big beige Monte Carlo and take me to New York City for our honeymoon.

So while I have no regrets, I can’t help but be a little jealous of brides today. At the wedding with the hot pink shoes, after eating sushi and a potato martini and having witnessed a wedding ceremony where the bride and groom laughed and hugged on the altar, clearly starting their marriage out on the right foot, I wiped tears from my eyes and turned to my husband of 25 years and said, “We’re through. I’ve got to get remarried so I can have a wedding like this.”