You are here: Home / Archives for humor writing

Since my very first blog post, when I wrote about my oldest son’s 21st birthday and how old that made me feel, Just Humor Me has been the moody, ADHD, rambling, weird cousin of the blogosphere.

“What’s your blog about?” people would ask.

I never knew what to say. Sometimes I summed it up by saying I wrote about emo-shopping at Hot Topic, colonoscopies, the FAFSA, and that one time when I accidentally got my hair done. For almost six years, I wrote about whatever funny thing I had encountered or was on my mind when I sat down to write. If there was a piece of coral stinking up my back patio, I wrote about that. If I had a dinner party and forgot to put pasta in the pasta primavera, I wrote about that. If I went to Comedy Driving School, learned the Michael Jackson Thriller dance, or found British food that sounded like canned private parts, I wrote about that, that and that.

I had ups – when I had so much levity in my life that I was writing upwards of three times a week, and laughing like mad all the while. And I had downs, like the time I wrote a metaphorical blog post about my car having a squeaky wheel and how annoying it was, and most of the comments I got were referrals to mechanics. My most Tea Party friend not only didn’t get the analogy, he took that opportunity to make fun of my Prius. Not everyone gets my humor, but that was a double fail. For the past year, I’ve been not so much running out of things to write about, but thinking Just Humor Me has run its course.

I’m putting out a (hopefully) funny book about my past nine or 10 moves (who’s counting?) and I’d like to switch gears and blog about moving. Also, I think it’s time that I wrote a real blog. In case you haven’t noticed, this isn’t really a blog. It’s a column. Because I’m old school and that’s how I write. But I hear old dogs can learn new tricks, so I’m going to take a shot at writing real blog posts. Short, snappy, updatey, what’s-on-my-mind blog posts. That’s right: Eat my dust, Erma Bombeck.

I’m not sure how that will work. Or how well I’ll do at specializing in one topic. I’ll miss being able to write about the lady that ran the gas station in Hubbard or candy bars I can’t find or my misadventures in dog training or how much I hate toilet paper commercials or how much I love Hoarders.

Methinks my Facebook posts are about to get a lot longer. 😛  ROFLMAO 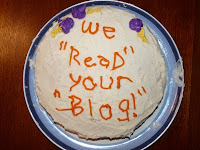 I’m not sure what the competition situation here is, because I’m new to blogging and I’m the least competitive person you know, but there are some funny blogs out there. If you found my blog and you think it’s funny, wait until you see some of these other blogs. They’re hilarious.

My favorite blogger is someone called Wide Lawns. There’s a reason she’s called that and it involves a long story, which she’s full of. I don’t know who this woman is, but she reveals just enough about herself to let you know that she’s a teacher. I hope with all my heart that she’s one of my kids’ teachers, because she’s hilarious.

Her shtick is that she’s from a dysfunctional family, that she’s moved something like 28 times in her life, went to eight different high schools and her blog is all stories about growing up, everything from the time baboons attacked her grandfather’s car, to embarrassing dates. I believe every single thing this woman says and I don’t think she’s exaggerating even a little bit. Maybe it’s her writing style or something, but I believe that a man told her on their first date that he had a 4-inch penis and that she responded by saying, “Oh, that sounds about right, that’s about average, isn’t it?”

Then there’s Cake Wrecks. Go to this blog and keep clicking “older posts” to look at all the old cakes. The whole blog is pictures of cakes that people have made that are lame. And if you don’t think cakes can make you laugh out loud, then you’re not trying hard enough and maybe you don’t want to be happy and jolly. My favorites are the cake that was for a baby shower that said, “Welcome Little Swetty!” and the ones where the cake decorators wrote the instructions right onto the cake in all their frosted glory: “Congaudulations Under Neat That On Your Weeding (In Green)”. Then there are the cakes that are shaped like babies, dogs, half naked men, and Bon Jovi. Go look for yourself. I am not making this up. There is photo evidence.

Bloggers who just post pictures are sometimes the funniest. There was a blogger who found an old JCPenney catalog from 1977 in his father-in-law’s attic and posted pictures from it with brief comments and it was funnier than Comic Relief.

And I can’t go a week without reading Pajamas and Coffee, a blog by my friend Mary McCarthy in Baltimore. She’s your typical former city councilman, mom of four, Halloween expert, writer, who often dresses up in costumes (just for fun, I think). She’s one of the few women I know who is brave enough to admit that she hates going to her kids’ schools for parent open houses. She also admitted that her kids have twice told her that they get the impression that she doesn’t like them very much. To me, moms that are the least like The Beaver’s mom are like money in the bank. I’ve never met Mary (we’re just virtual friends) but I wish she were my next-door-neighbor. I wouldn’t let her get close to my kids, but I’d have such a fun life.

Blogging may be the cause of the death of real news journalism, but it is so worth it. If you can laugh every single day just by sitting at your computer for free, who needs investigative journalism?