You are here: Home / Archives for reading

So naturally I packed four books.

“Seriously? Seriously?” my husband said when he saw me packing my favorite under-the-seat carry-on, a Michelle Obama tote. “There is no way you’re going to get as much as forty pages read the entire vacation.”

“Oh, ye of little faith,” I said. And by that, I meant: No kidding. Of course I’m not going to read four books. I’m not stupid. But I’m not so old and jaded to think that there’s just a glimmer of a possibility that I might find myself with some time on my hands, my phone out of battery, no one to talk to, but four novels at the ready. I also believe in the tooth fairy and that Roofer Steve will come back and clean up the mess he left on my garage roof three months ago.  END_OF_DOCUMENT_TOKEN_TO_BE_REPLACED 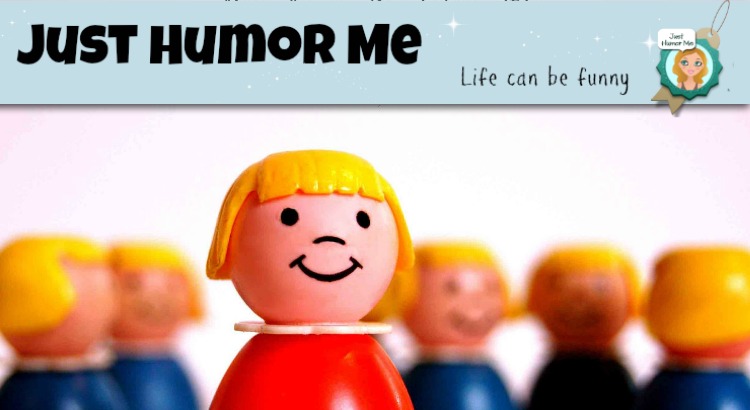 This is not going to be one of those blog posts where I declare that by Spring 2016 I’m going to look like Christie Brinkley, who by the way, what the hell? I mean, you can see signs that she’s not 25 anymore, but you have to look through a Helium Ion Microscope to do it. What you can’t see are signs that she ever spent more than a couple of weekends on a diet of Funyuns and  Hoarders.  Or ever gave birth to another person. Or ever had a middle-schooler in her charge. Give me a freaking break. Propping up Christie Brinkley as a goal when you’re 57-years-old but with the discipline of a second grader with ADHD is just setting yourself up for failure.

I’m also not going to proclaim that I’m going to spend less time on Facebook, live in the moment more, commune with nature, take more hikes on wooded trails, unplug, get in touch with my inner Thoreau. That all sounds good, but it’s just not going to happen. END_OF_DOCUMENT_TOKEN_TO_BE_REPLACED 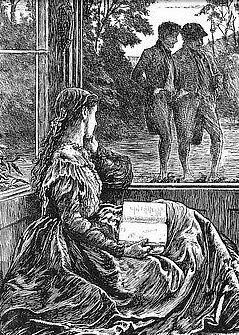 Some of my other streaks are my Kukuro puzzle streak, knitting streak, CNN political news streak, and a mean crossword puzzle streak. Reading streaks are my favorite because I tend to over-identify with the characters, setting and time period, and when I finally look up from my book I’m slightly surprised that I’m me, living in my house in 2012. None of my day-to-day problems seem worth worrying about, when compared to the more dramatic lives of the people in my books, so I don’t get a lot accomplished when I’m on a reading streak. When I finally tear myself away from the book, it seems so pointless to do a load of whites or pick up the dry cleaning.

For this streak, I decided to read all the books that I have in my house that I’ve been wanting to read but haven’t taken the time. I have a motley crew of books, most that I bought at used book sales. Among the books I tore through in the past eight weeks: a D.M. Thomas novel, Henry & June, a Philip Roth book, a fictionalized story of Frank Lloyd Wright’s mistress, an account of the birth of the Kinsey Institute, a book about the horse breeding industry, and Anna Karenina.

Henry & June was the worst. It was so extreme, I was having a hard time identifying with anybody or anything in the book, least of all the author.

Sexual awakening my ass. Anaïs Nin couldn’t finish a snack or a sentence without tearing off her clothes and doing it with whoever was in the room with her. (I don’t know about you, but where I’m from, we call that “being a little bit whorish.”) Then she’d hurry up and jot down all the details in her journal, throwing in a couple feminist adjectives and pretending that Henry Miller wasn’t the foulest, most self-absorbed, misogynistic pig of his time.

I was exhausted just reading about her exploits in the bedroom ( . . . and living room . . . and kitchen . . . and front porch . . .) The book covered only a year of her journal and she was having three or four affairs – one with her cousin, another with her therapist – all while doing some pretty kinky stuff with her own husband and starting the flirting phase with at least two more people.

“Okay,” I said to Anaïs Nin after 15 pages, “I know you’re in Paris and you’re wealthy and you have servants, and I realize you’ve got the whole sexual awakening thing nailed down pretty good, but don’t you have some mending to do or some dishes to wash? When was the last time your car was serviced?” I found myself talking to her like she was my errant niece. “Can’t you see some value in going to bed early, curling up with one of your damn journals, and just taking a break from all the sex and deep thoughts?”

Several times I thought Anaïs was going to do something normal, something I could identify with. Once, she started to say something about cooking dinner. Hey, I cook dinner, I thought.

“The next day I run about the house cooking. Suddenly I love cooking, for Henry. I cook richly, with infinite care. I enjoy seeing him eat, eating with him. We sit in the garden, in our pajamas, drunk on the air, the caresses of the swaying trees, the songs of birds, attentive dogs licking our hands. Henry’s desire is always coursing. I am ploughed, open.”

This hardly ever happens to me when I run about the house cooking. Maybe it has something to do with the fact that I’m plopping down a tuna casserole and yelling DINNER!

And the dog – she has a dog! It shows up only two or three times. Apparently she never has to walk or feed the dog or pour drops in his ears or treat him for worms or pick up dog poop from the back yard – garden – sorry, the back garden.

One night, Henry had gas and even that was ever so wonderful.

“One night when I arrived, Henry had a stomach ache. I had to take care of him as I do of Hugo – hot towels, massage. He was lying on the bed, showing a beautiful white stomach. He slept a while and awoke cured. We read together. We had an amazing fusion. I slept in his arms In the morning he awoke me with caresses, mumbling something about my expression.”

I can never let my husband read this book. Hot towels and a massage are not in the stomachaches of his future.

“I am remembering this while Hugo is gardening. And to be with him now seems as if I were living in the state of being I was in at twenty. Is it his fault, this youthfulness of our life together? My God, can I ask about Hugo what Henry asks about June? He has filled her. Have I filled Hugo?”

And why, for cripe’s sake, is he trimming that bougainvillea so close to the shed? Isn’t anyone going to say anything about that?

There was some mention of Anaïs doing some sewing and hanging curtains.

“We had breakfast together at five in the afternoon. And then I sewed the gray curtains and Henry hammered on the curtain rods. Later Henry made a hearty dinner; we drank Anjou, and were very gay.”

Yeah. Just like at my house when my husband helps me hang window treatments. Right.

I understand the sequel to Henry & June, aptly titled Incest, goes into her later affairs with more cousins, more therapists, her father, and various men and women who happen to walk into her view. I’m saving that one for my next reading streak, when I read books that fall under the heading, “Puh-leez.” 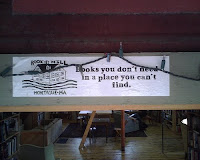 I spent a glorious two hours in Books-A-Million, my new favorite Florida book store, this week. It was a good two hours to be Diane.

For Mother’s Day, my kids gave me a book store gift card, so it was with zero guilt that I bought three books – two that weren’t even on sale, and one of them a hardback. I bought The Jungle by Upton Sinclair, American Pastoral by Philip Roth, and The Hour I First Believed by Wally Lamb.

The Wally Lamb book and I have a previous relationship that started long before the purchase. I’ve held it in my arms for whole 15-minute stretches while wandering around the book store. I turned its pages and read about half of the first chapter. I may have spilled some tears on the dedication page. I smelled it. I wanted to buy it, didn’t want to pay hardcover price, wanted to read it, didn’t want to wait for the paperback, didn’t want to get on a list at the library, almost bought it, and then put it back on the shelf. On Friday, as I stood with it at the checkout, I felt like I was standing at the altar with my longtime mistress.

While it is my favorite Florida book store, Books-A-Million has about 3.5 million more miles to go before it comes close to My Best Bookstore of All Time, the Joseph Beth Booksellers in Lexington. I spent more time at that store in four years than I spent in bars and restaurants my entire life. (But since Joseph Beth sells both alcoholic beverages and food, I’m not sure that’s a fair comparison.) The key to the Joseph Beth success is the cushy, comfy chairs they had virtually all over the store. They encouraged shoppers to sit and read the books instead of buying them, and as a result I spent more money in that book store than anywhere else. (Admittedly, I did also spend a lot of time sleeping in there, and I read two David Sedaris books from start to finish without actually purchasing them. But I was a super frequent buyer.) I don’t know who Joseph and Beth are, but they have a lock on reverse psychology and how to make money from it.

I’m still working on a system at Books-A-Million. I haven’t figured out which sections in which I’m likely to find books I love, and which sections have books with the word tender in the front flap.

All that and books. It could use a little help in the greeting card selection, and I’d suggest breaking out some edgy, new classic paperbacks and putting them on a display shelf that is near the two comfy chairs. But the magazines rock and they’ve got tons of little notepads, teensy reading lights and other stocking stuffers. Last Christmas I bought my daughter an Elvis-in-the-gold suit paper doll bookmark and it was one of our better gifts under $10.

I’ll be back in there often, even though I spent my entire gift card. Looking for new David Sedaris books and counting chairs.