You are here: Home / Archives for shopping carts 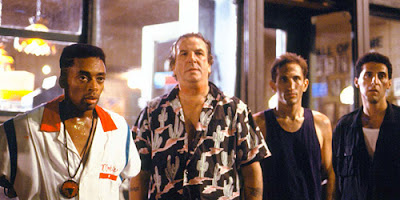 Show of hands: Who puts the shopping cart in the corral after loading bags into the car?

And who thinks that spending 20 seconds to put it where it belongs is for suckers, so will spend 45-60 seconds leaving it right where it is, finding that perfect spot where it won’t drift or if it does, will roll so slowly that you can get out there before it picks up speed and hits your car? Sometimes this method involves whipping out a level and finding a dip in the blacktop parking lot, or wedging coupons under a wheel.

In other words, who does the right thing?

I once was walking a shopping cart to one of the coveted Walmart corrals (they actually are few and far between; I had to change shoes and leave a trail of delicious Fruity Altoids to find my way back to my car. Plus the Walmart shopping cart corrals are portable so even if you find one, it may not necessarily be there the next time you look for it. Nocturnal homeless people are known to drag them away late at night. Drape a Warm Up America quilt over one of those things and you’ve got a nice fort) when an elderly gentleman getting out of his car said:

I had never had anyone say that to me except my husband. And he usually wants something. I quickly ruled out old-guy-flirting and then thought maybe he was referring to my peace sign purse or my Remember May 4 Kent State button. But old people don’t normally agree with those things, except for the ones with ponytails. I gave him a quizzical look and she said, “You put the carriage back.” (Carriage is what New Jerseyans call a shopping cart. Emphasis on the ARRiage.)

That really made my day.

Because for my entire life I’ve been putting the shopping cart in the corral, sorting my recycling according to the rules, sending thank-you notes, using my turn signals (did you hear that, Kentucky?), wiping off the treadmill handles with antibacterial wipes, saying please and thank you, putting money anonymously in the poor box, turning out the lights before I leave,  and other things that I get no credit for.

I figure it this way: If I’m going to go to heaven, it’s not going to be for big heroic, headline-making deeds. It’s going to be for little, everyday right things. I’m going for everlasting life one parked shopping cart at a time.

At this point, it’s all I’ve got. I don’t think I’m going to get to heaven on being a good Catholic. I sealed that deal the time I went up to communion: He said, “Body of Christ.”  I said, “Thank you.” (I was obviously, really distracted.)

Later that day I put two extra stray shopping carts in the corral with my own. It never hurts to be sure.