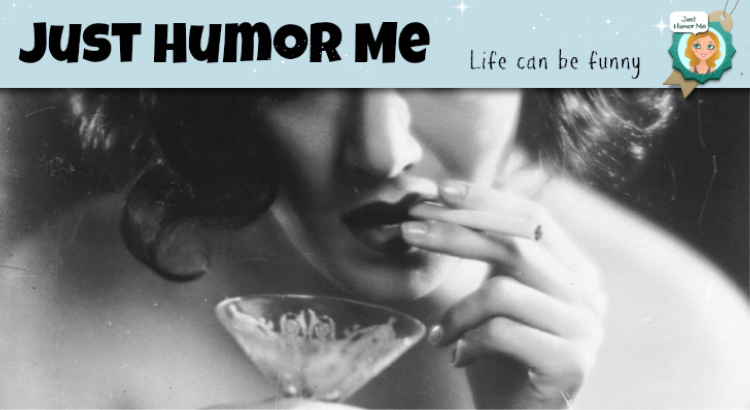 If you’re trying to cut back on your drinking, you’ve come to the right place. I’m pretty much an expert on all the gimmicks invented for people who want to lay off the sauce. I’m not talking about quitting altogether; for that you have other, more experienced resources like AA, Saint Monica, and friends who aren’t Irish. I’m talking about reining in those “just a couple of glasses of wine” that turn into “I can’t find one of my shoes and, also, last night did I offer to host Thanksgiving in Key West? Because Facebook tells me that fourteen people have signed up so far.” Getting that back to “just a couple of glasses of wine” is the goal here.

The underlying mission is more specific. I belong to a growing mass of Americans who are learning that the effects of alcohol go beyond losing articles of clothing and overextending hostess events: Alcohol is starting to make us look and feel effing old.

I can’t be the only one who has looked in a full-length mirror in a well lit room and said, “Wait. This can’t be right. How did Great-Uncle Hank get in there?”

About six months ago, I began a Quixotic search for moderation. The Internet was kind enough to offer up tips and techniques, strategies, mantras and meditations, URLs for gross simulation videos showing what vodka does to your liver after only four appletinis, and pan-denominational prayers. I’ve kitchen-tested most of them with the exception of Sharia Law.

I don’t know exactly how many of these things it takes to successfully cut back on drinking, but I can tell you it’s more than 114.

I started slow, with a vow to not spend any money. I signed up for free daily meditations on living a more purposeful life (small print without alcohol) that had me breathing heavily to the brink of hyperventilation and reminiscing about my second-grade values. All that happened was I had an urge to share my hula-hoop.

Then I navigated through the many different flavors of daily yoga exercises until I found Yoga for Sad, Old Addicts. They don’t call it that, of course, but that’s what it is. There’s a lot of audio of a soothing Michigan accent planting thoughts in your head that have you repeating that you can stay focused on your dream. You will live a more balanced life. All that happened was I pulled a hammy during Lord of the Dance pose.

I joined Club Soda, an online support group for people wanting to order pop at a bar without feeling bad. All I learned is how to answer people who ask if you’re an alcoholic. (“No. Scram.”)

I joined Facebook groups like Sober & Social, which featured cover photos of 19-year-old blond runway models who they claimed were happy teetotalers who found satisfaction in being high on life. I didn’t believe it for a minute. I don’t believe humans have the language for turning down a third drink until they’re 40.

When I had run out of freebies, I had to put my money where my mouth was.

I ordered $37.50 worth of Curious Elixirs, a non-alcoholic cocktail in brown bottles. I fell hard for the marketing, which came right out and admitted that the drink tastes terrible, but made you feel like only the cool kid that you are could handle it. “Bold. Bitter. Herbaceous. Pomegranate. “The description of Curious Elixir #1 read like a snotty bartender in a hipster bar that doesn’t really want a 60-something-halfway-to-a-drinking-problem stinking up his bar.

The beauty of Curious Elixirs is that you can’t get them in a bar. You get them in the mail. They look lovely on your kitchen counter, they bring your refrigerator up six notches on the hip scale (seven, if you place them next to the kombucha, kale and kimchi). You replicate the photo in the brochure by pouring it in a $50 Norlan Rauk tumbler over top of an ice cube as big as your head, and placing a sprig of fresh rosemary in it.

But then, eventually you have to take a sip. Curious Elixirs could get Carry Nation to shoot a Fireball.

“Well, let that be a lesson to you,” my husband said, plopping three maraschino cherries into his cocktail. Mr. Woodford-Manhattan-Straight-Up-Light-on-the-Sweet-Vermouth-With-a-Twist-of-Orange-and-I-Prefer-the-Bright-Red-Maraschinos-Thank-You-So-Much was no help. I was going to have to go further outside the circle of trust.

I paid $3.99 for a brochure put out by an overly healthy women with short gray hair and the skin of a 25-year-old. She didn’t say it in so many words, but it was inferred that the reason she looked so good is that she stopped drinking so much goddamn wine. Her program promised to be tailor made for me: Not an alcoholic, not a candidate for rehab or AA, but someone who knows she needs to get a grip and just cut back to normal levels.

She gave me strategies. One was to take the “craving” to have a glass of wine and just “let it be.”

“Let it sit there. Acknowledge it. Face it.

So I did that. I let my “craving” sit there. I looked at it. It was a hot mess. Hard to look at, actually. I had to put it in the kitchen junk drawer. While I was in there I found a corkscrew. The rest is history.

But then an unlikely friend gave me a useful hint. Brian and I were having a drink when a celebrity CEO walked into the restaurant. He ordered a martini, as was noted by Brian, who was surreptitiously spying on him over my shoulder. Forty-five minutes later, CEO was still drinking that same martini; in fact he had barely made a dent in it. Brian and I both sat and looked at that for a minute.

“You can’t have that level of success and be a drinker,” Brian said. “And you can’t look that good, either. Have you ever seen those before and after pictures of people who have stopped drinking? It’s insane.”

“Goddamnit,” I said, draining my wine glass. I knew that I was going to have to go there. When I got home I looked up 30 Days Without Beer. I expected them to be thinner, with better haircuts, and fewer pimples. What I didn’t expect was the big eyes.

“This one doesn’t even look like she’s related to her old drinker self,” I whined. Her squinty eyes had ballooned into Anne Hathaway territory. I had been considering surgery to allow my pupils to come out of hiding and here was evidence that I might just have to do what this girl did . . . Which was . . . What did she do anyway . . .

“I QUIT DRINKING FOR 30 DAYS AND GOT THESE AMAZING RESULTS!!!”

No where did it say exactly how she managed to quit for even one day, let alone thirty. Surgery is not off the table.