You are here: Home / Archives for wine

I’m not an alcoholic, but I play one on Facebook.

I don’t really drink all that much, but you’d never know it from my Facebook posts, which have people thinking that I have a wine glass Velcroed to my right hand (which would be awesome, but I digress). I know that by admitting this I’m crushing the hopes and dreams of all the people I went to school with who want to see their senior class president, who was nice but kind of a tight-ass, end up a loser. But let’s be honest: No one can drink as much as my Facebook pictures suggest. I would be on a liver transplant list and have broken veins all over my face. END_OF_DOCUMENT_TOKEN_TO_BE_REPLACED 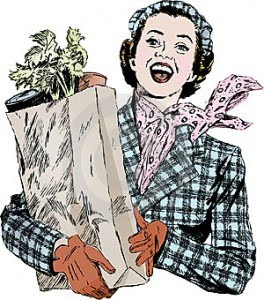 I’m not saying that Florida is the party capital of the world or anything, but my mother-in-law and I went to a Friday night wine tasting at our grocery store. Again, not saying anything about how in other states the grocery store is where you buy baby formula and pads for your bunions. I’m just telling you what we did last Friday night.

I’m no wine conna-sewer, so the whole thing was wasted on me. I made it a point to try almost every wine that was offered, even the one that was made from blueberries. (“There’s not a single grape used to make this wine,” she said.  And you’re bragging about that?)

There were at least 10 or 12 wine tables throughout the bakery, produce and meat departments of the store. And sprinkled throughout were tables of food. Hummus, little spicy red peppers stuffed with cheese, seafood salad, and cheese, cheese and more cheese. As it turns out Monterey Jack is the perfect palate cleanser.

One wine rep asked, “Do you prefer red or white?” I prefer free. Just pick up a bottle and start pouring, Bub.

We were subjected to the obligatory sales pitch, which comes with freeloading. They all wanted to sell us a bottle of their wonderful wines on the spot. They were all discounted. But none were as good of a bargain as just hanging out at the free wine tasting for another hour or two.

And there was a little tiny bit of wine snobbery going on. I found out that wine could taste like berries, wood, bell peppers, apples, flowers, vanilla, coffee, cherries, licorice, and some things you’ll find in the bottom of your big purse.

The grocery store wine givers weren’t nearly as pretentious as some wine bloggers, though. I’m sorry, but there is no wine in the world that I’m going to say tastes like a No. 2 pencil, like the guy at WineScholarship.com.  Here are some of his observations from a recent wine tasting.  I’m just guessing that it was not at a grocery store.

“This wine finishes strong with some nice Tobacco/chocolate stuff going on.”

“I’m searching for the dill and coconut, but I don’t really see it.” (They’re in aisle 6.)

“Cloves, cinnamon, and more bright fruit and acidity than I would expect from Spain. Very interesting. There’s a slight hint of the tobacco/coffee Spanish Tempranillo stuff going on, but it’s quite subtle.”

“It does have some creamy butteriness going on and a bit of funk that reminds me of Burgundy whites.”

“This one is a pretty big fruit bomb on the attack, but finishes with some nicely balanced oaky spice and a touch of earthy graphite/lead pencil type stuff.”

I think he might have a serious drinking problem from all the wine tasting. I didn’t taste a single ounce of funk in all the wines I tasted at the grocery store.

By the end, I expected to see the Jupiter Police staked out by the exits, looking for drunk drivers. There were some serious drinkers in there. But not me. Long before I could enter the breathalyzer danger zones, I started to feel a little sick, whether from mixing dry reds, sweet whites and blueberries, or ODing on cheese. (Now that I’ve read the Wine Scholarship guy, I think I may have had the equivalent of a couple of cigarettes in there, too.)

I had to end the evening with a sample of coffee at the Illy espresso table, which was served to us in American Girl doll-sized Styrofoam coffee cups. It was delicious. Not a bit of berries, flowers, tobacco or funk. I’ll take two bottles, please.